My My Myspace response to Gay Marriage Question 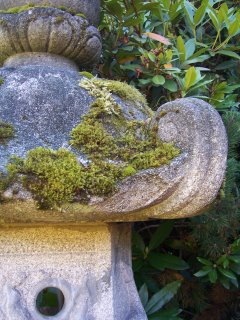 The changes I added for my blog are in italics

"Marriage partners, not government, should define the terms and spiritual orientation of their union in accordance with our nation's guarantee of religious freedom". Michael Badnarik
________________

Civil unions should be defined by all the consenting adults joining into the civil union and none of the folks yelling outside the courthouse.

If I don't have the right to define or worse dissolve a heterosexual marrige then at the same time we can not exert the same violation over homosexual marriages.

Seems like the whole nation is in a frenzy over using the government as a tool to divine what is right and what is wrong, when the whole time the only power the government rightly has is to defend us from violating each other.

Today the govt is the tool of choice for controlling a group/act we find repulsive. This is what regimes are hated for, yet we find comfort when we do it via the ballot box.

Use the govt to take them away.

Use the govt to tell them they cannot contract within thier own groups/partners.

Use the govt to fund a long and ugly drug war.

And in each incarnation of fears the government grows in power and grows in offense.

Controlling others is NOT an American value.

I will pull out a Harry Brown Quote with a twist, If you had to accept goverment recognized gay marriages (gasp- or civil unions) to also at the same time enjoy zero violation of a particular right that is very important to you, could you make that trade?

PS, Harry originally said, 'If you had to give up your favourate government program to get rid of the ones you despise, would you be willing to do that?' Good question Harry (Rest his soul)
Email Post